Insurance Rates Take Off Upward Trend in 2018, First in 16 years 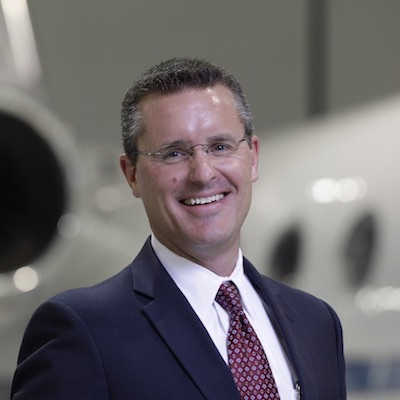 In early 2018, most buyers began hearing that their aircraft insurance rates would be increasing for the first time in years. Rate increases of 3-5% for operators with clean loss records

were common, and 15% for those who’d had claims. By the end of 2018, claims-free operators were seeing 10-15% rate increases, and those with claims history even higher.

What Precipitated the Rise?

By early 2003, rates began to plateau and then trend downward. For much of the aviation industry, the ensuing “soft market” – rate reductions and broadening of coverages – continued uninterrupted for almost 16 years.

From 2005 through 2010, the number of insurers providing aviation insurance in the U.S. grew from 9 to more than 20. These new entrants were not new to the insurance business – most were size- able companies electing to enter the aviation segment. As new and longer-standing aviation insurers scrambled to gain and maintain market-share, rates fell, limits increased, contract language broadened, and underwriting disciplines relaxed.

Why the excess capacity in the aviation insurance market during the last decade? Is it the faltering economy and stock market that caused investors seeking a safe haven to infuse capital in the mar- ket? Is it that better technology and improved safety systems have resulted in safer operations and reduced claims?

Whatever the reasons, rates were reduced to artificially low lev- els, unsustainable over time. In 2018, six reinsurance companies and a number of underwriting companies pulled out of the market. Those remaining are consistently seeking rate increases, limit reductions, and tightening of underwriting standards.

And it’s not only the rates that are changing. Underwriters also are becoming more judicious with limits offered and other policy provisions. Since it’s now harder to hire and retain pilots, under- writers are giving more scrutiny to pilot experience and training. There’s a move back toward the “12 month motion based simulator” training requirements that were non-negotiable in the 80s and 90s.

The hard market will remain and rates will continue to increase for most operators, at the rate of 15% or more. The potential loss of

market share will begin to test the resolve of the insurance companies and determine whether these increases will continue through- out the year.

What Can You Do?

Even top flight departments with no claims should expect some up- ward movement in rates, so budget accordingly. Particularly if your operation has a loss history, start the renewal process early – about 120 days before policy expiration – providing updated information on the aircraft, pilot hours and training, and evidence of the safety and professionalism of your operation. This gives your broker time to approach new markets on your behalf, or to suggest you stay long- term with one underwriter, as there are costs other than the premium to consider.

As Colin Powell once said, “Bad news isn’t wine. It doesn’t get better with age.” An experienced and trusted broker with good under- writer relationships will help you navigate the process.

Finally, keep the increases in perspective. While no buyer likes to see prices going up, it’s remarkable that aircraft insurance in 2019 may cost less than it did in 2000!