IADA website records $5.4bn of sales though ‘service and protection’ 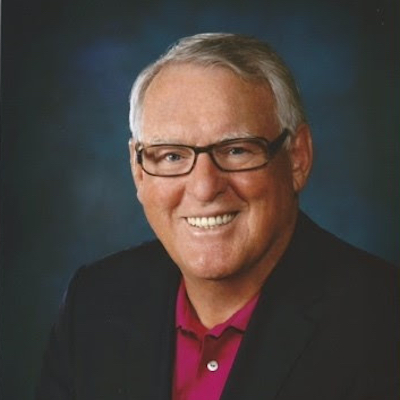 Wayne Starling, IADA's Executive Director, sits down with Alud Davies with Corporate Jet Investor as IADA celebrates AircraftExchange's one year anniversary.The simplest of ideas can often turn out to be the best. Take the International Aircraft Dealers Association’s (IADA) Aircraft Exchange website. Having gone live in February 2019, the website has recorded sales of 615 aircraft, worth more than $5.4bn.

Wayne Starling, chairman, IADA, told Corporate Jet Investor that he was not surprised that the website has been such a success.“Since we started the aircraft exchange, and it’s only a year old, every member contributes and utilises it,” says Starling.“Every aircraft that they list for sale goes through our aircraft exchange listing service. And so, the numbers were pretty much right on what we expected when we developed it.”

One feature of the website that is proving particularly attractive, both to members and to visitors, is the ability to set up alerts for aircraft. This can happen before an aircraft is listed. Starling gives an example of where a broker who knows that a Gulfstream G550 is ready to go onto the market next week can make what IADA calls a “Pre Market Notification”. This is where a notification is sent to users and members who have expressed interest in G550s, giving them a head start in contacting a broker about an aircraft before it is listed.

‘That notice goes to everybody’

The service is not limited to IADA members. Anybody who signs up as a user to the website can create those alert notifications.“That notice goes to everybody,” says Starling.

One factor behind IADA’s decision to create the aircraft exchange was a need for 100% accurate and verified listings.

“One of the things that we did when we built this, was to make sure that the accuracy was 100%, because we have learnt over time, on so many of the listing services, that they will have what we refer to as ‘Phantom Listings’,” says Starling.“That is where somebody will list that they have a G550 for sale, but they don’t actually have an exclusive contract for one.”

According to Starling, that happens as a way of people or companies ‘injecting’ themselves into a sales transaction, as they will get calls from people interested in the aircraft, so that they can get themselves some commission as part of the sale.

“One of the things about the aircraft exchange website, is that every aircraft listed has to go through our verification process, to ensure that we have an exclusive listing,” says Starling.“In other words, you don’t get a listing if you don’t have an exclusive signed agreement saying that you can sell that aircraft.”

“The majority of our members have already been through the certification process, so people know they will be dealing with a certified broker who had to go through testing to be qualified,” says Starling.“A broker then has to go through annual continuing education and has to be recertified every three years.”

‘Already been through the certification process’

Starling says that it is becoming increasingly important for potential buyers to have the comfort of knowing that the aircraft broker they are dealing with is not only trustworthy but also competent as well.

“We are talking about millions of dollars in exposure,” says Starling. “You would never think about going to a doctor if he wasn’t certified by the medical board.”

Overall, the aircraft exchange is part of the association’s plan to bring self-regulation into the industry and dispose of some of the so-called ‘bedroom brokers’ who set up websites saying that they have aircraft for sale when they don’t.

The association also has a scholarship programme, where anybody studying at a college or university that offers courses related to aviation business or management can win a scholarship worth between $1,000 and $5,000.“We just gave out 10 scholarships this past year,”says Starling.“These are the things that we are doing to bring more professionalism, and to support our industry, to make our industry better.”

The industry has faced criticism in the past, and whilst Starling says that there are always bad apples in any industry, it is important to him that people be able to trust brokers that are part of IADA.

“When you see that word IADA, you know that you are going to be dealing with a reputable, experienced company, that has cleared hurdles to make sure that you will have a great experience and you can deal with them in confidence,”he says.